The front page of Yahoo News today was positively shocking!!! I have never been so appalled in my life. The nerve of those reporters....  just tasteless and tacky if you ask me.

Hey. I learned something today. Wanna know what? 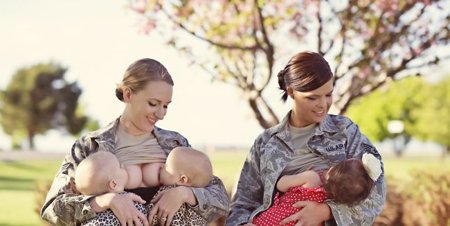 Yahoo!, MSN, and AOL need more boob pictures to further
distract the public from the real issues which we should be discussing!

What? You don't like boobs? You don't think they should be on the front page of every major news source online or in paper format? Well, I disagree with you. We should be working with human nature and not against it. So the next time a reporter, publisher, or wise neighbor has something really profound to say and they want to get your attention they need to flash them if they've got them and if they don't(hairy cave-man chests aren't sexy, sorry) then they need to find a picture of some and paste it next to the title! Hell, use little boobie icon pictures like commas and semi-colons.

Of course GirlsGoneWild's profits my take a plunge once pubescent teenagers become desensitized but... I think that's just something they're going to have to suck up and take for the team called Humanity Cares.

Because we do care. But with all the hustle and bustle and politically cherry picked stories of the day, we really don't get a chance to see the truth for what it is. The truth isn't always pretty and a lot of times the cleavage isn't punctuated with perky bits- it's scarred and pocked with indecency; but not from the indecency from being what it naturally is- indecency from what it's become because of us. A rock is just a rock but once you throw it then it becomes a weapon.

Let's make love not war. Let's not make it a cliche, let's make it a real thing by daring to get up and show just how much we love our freedom.

Let's use breasts as weapons. The next time you see an article which is obviously a frivolous page filler to distract you from what matters spam the crap out of the comments area with "WE NEED TO SEE MORE BREASTS! Why are you depriving us of the necessity of seeing breasts?! We demand to see them now!" or some other such inane nonsense that you can think of on the fly. Doesn't really matter because they're feeding us shit so let's let them know that we know they're feeding us shit and hand it right back to them. Call them out on their asshat behavior.

Haven't you noticed that rarely, if ever, a news story exists for more than six hours in the public domain before the audience members turn on one another, nit picking, splitting hairs, spitting insults, calling every fifth person a filthy atheist who is going to aych-ee-double toothpicks, and after everyone is aware that Suzy12q3w5 can't spell worth a shit and failed every spelling test she ever took, the mob then finally turns to the real culprit because everyone knows what it's all REALLY about-- whether our current president was born in Hawaii or Kenya. Or, "Bush did it!"

Grow up. Grow a pair. Then wave those suckers around and yell, "I let it happen!" because ultimately that is what happened. We all let it happen. We were in a daydream. So what are we going to do about it?

Me? I blog. I spread the word to every family member and friend who will still talk to me about politics and/or religion.

Do you know that when I moved to Florida I missed being able to vote in the last presidential election by only a week? I changed over my driver's license a week too late. Shucks. But now, looking back, I don't feel so bad. I would have felt like an even bigger douche bag for voting the way I would have. Not like we're being given much of a choice, though. I guess we're just lucky that we didn't have any more pregnant chads showing up this time around. We would have had to throw welfare money at them for daring to show their promiscuous selves.

I'm not voting this November.  I'm not even going to the voting booth. I'd be tempted to flash my own breasts with a red-white-and-blue finger painted sign saying, "WMD for Peace." So yes, let us use breasts for peace.

Want to join in the good fight for freedom for all those who want to breast feed in public, don't want to have to worry about what third-world country our country is currently plundering, and/or just plain hates the unemployment rate? Here are a few logos you can slap on your own website. 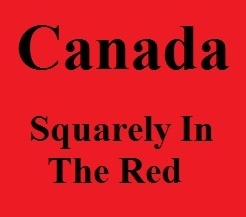 Canada: Squarely in the Red stands for the 'in the red'(DEBT!) status of the country itself and it's pissed off students who were recently told that it was now illegal (Law 78) to protest at all. That's a good Canuck. Just roll over and play dead.... no. They're not taking it and neither should we. So show your support and spread the word. They're out there banging pots, painting body parts, and screaming at the very police officers who are told to enforce an illegal mandate from the Canadian court system. Let's show our neighbors to the north that their fight is our fight too! 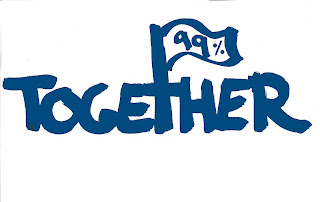 The 99% is, as 99% of the world probably knows by now, the formal slogan for Occupy. Occupy Wallstreet, Occupy your local government offices, Occupy around the lake with the swans and ducks... we actually did that here. It was a nice turnout. Just Occupy. Occupy your own spiritual and physical space and ask the big bold questions: "Where would my children work tomorrow if they had to put a roof over their head and while they're working there could they hold their head up high or would it be lowered in shame from the immoral things they're being told to do on a daily or weekly basis? Can my child feel like they are part of something decent and humane or something which should be broken apart and never seen the likes of again?"