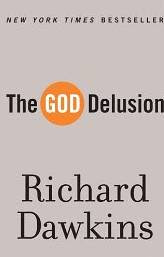 The God Delusion
By: Richard Dawkins

As much as I loathed picking this book up after already seeing Dawkins argument shredded by other people, I decided that I at least had to further educate myself on exactly what I was up against when talking to the man's disciples.

I discovered something not too terribly surprising from a gnostic stance- I agreed with him the majority of the time.

Those of you who are semi-gnostic or semi-literalist theist may gasp and say, "oh my gosh, but why?!! He's an atheist. He is the antithesis of what I believe in!" Au contraire, my friends. Atheists are not the boogieman they are made out to be(EXCLUDING the militant atheist type! They are truly scary.). In terms of the evolution of gnosis atheists are, in fact, potential infant gnostics. Tabula rasa of an adult nature. A kind of resolve the adult makes to revert back to being blank slates before the world attempted to indoctrinate them. The adult states: I see no reason to believe therefore I do not.

The God Delusion has been used as a sort of vindicating "guidebook" for atheists to explain their decision. With as much as atheists are hated(therefore rarely elected into office), spit upon, and used as pulpit scapegoats for the ills of the world, I think that the book deserves a bit more care and examination. Dawkins' job was hardly and easy one. He has well over two thousand years of religion to talk about in regards to Why He Doesn't Agree With It. It's not enough to point at a religion and say, "It promotes hatred therefore I refuse to believe in it." We have to dig deeper than that.

In the preface, Dawkins tells a short story about his wife's childhood education. She was so miserable, he said, that she wished she could leave. Years later when she told her parents about this they exclaimed, "But darling, why didn't you tell us?" The wife's reply was, "Because I didn't know that I could."

I believe this one sentence lays the foundation for exactly what atheists use as fuel. They have discovered they do have a choice and this propels them forward to question everything and everyone. In a gnostic perspective- isn't this exactly what the Good God wants us to do?!! Absolutely! To not question is to be a blank faced sheep, led to the slaughter by whoever holds our leash. This is the very reason why I state atheists are potential infant gnostics. They have turned their back on literalism as the world has promoted it and this is a major stepping stone toward (potential)spiritual growth. Some never do grow and that is their choice.

"I am not attacking any particular version of God or gods. I am attacking God, all gods, anything and everything supernatural, wherever and whenever they have been or will be invented."

Dawkins' attack of Jehovah, Allah, and other literalist deities is typical. He calls them misogynists, angry murderers, and he can in no way, shape, or form condone revering such deities without proof of their existence. The problem with his attempt at disproving God's existence is that he falls short. His argument is that he wants God to walk up and shake his hand and since He hasn't done so then obviously He doesn't exist. This is a cop out to real discourse on the nature of the soul and the divine. He is begging for literalism and pouts when he doesn't get it.

He is attacking literalism only because he knows of no other religion or concept(like gnosis). Now, he does acknowledge that Buddhism and Confucianism and a few others are "ethical systems or philosophies of life," but he does not recognize them as also being atheist. He does not look further within them to explore the solid cornerstone of gnosis at their core. Since he dismisses eastern 'ethical systems and philosophies' he completely misses the point- that he is in fact only pointing out one branch of religion he does not believe in: literalism. But by not acknowledging and researching non-literalist religions he is not only doing himself a disservice but atheists everywhere.

This book is a 350+ page rant against literalism. And yet a literal handshake is the only thing which would appease him.

Since a literalist's endgame is pointing at their holy book and exclaiming in a loud voice that all the answers are within and if you don't believe it then you are going to a Very Hot Place after death then you can see why Dawkins would react with the arguments he does. He claims to be an empiricist who needs proof. I say that he is a hopeful agnostic as opposed to pure atheist. The summary of the book is a rather passionate plea for God to show Himself either in intuition or science and math:

"... Could we, by training and practice, emancipate ourselves from Middle World, tear off our black burka, and achieve some sort of intuitive- as well as just mathematical- understanding of the very small, the very large, and the very fast? I genuinely don't know the answer, but I am thrilled to be alive at a time when humanity is pushing against the limits of understanding. Even better, we may eventually discover that there are no limits."

Amusingly Atheists think a lot more about God than theists ! Many atheists do believe in God privately, in surveys.
Dawkins has admitted there is a good scientific case for a god ! Headlines available. To write 350 pages about how much you hate something is obsessive to put it kindly. He admits a god is necessary to produce the universe In one of his speeches he laments he has seen no evidence of God on planet earth virtually wishing for it.So he is not even a proper atheist ! Colour blindness is widespread. Why cant God blindness be widespread ?

Absolutely! And sadly enough, most so-called atheists are better read than most literalists.

By all means, copy and paste those headlines you find here if you feel up to it.

There's a few more quotes and concepts in this author's book I wanted to explore in the near future.

I'd say that at least 40% of the book was bashing creationism and another 30% discussed general religious history. His entire thesis can be found in oh... the first, third, and fourth chapters, plus the very last section of the last chapter. A big waste of trees.

A cop out. But a worthy read. At least I can say that I read it and now have a grasp of what Dawkins is yapping his gums about.

Pay careful attention to the comments.

I tried. I watched this train wreck in horror. I just couldn't do it any more.

Now, I didn't agree 100% with what DMJulian said(or has said in past posts), however he is one of the more intelligent theists who tried to stop the madness. Instead, reason and rationality were swept aside as NewEngland Bob has apparently sucked the last brain cells from Drom's head.

I am sorry to see a friend go like this. Really makes me depressed.